Associate Professor of French; Chair of the Department of French and Italian 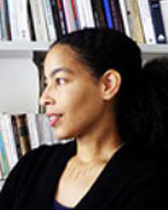 Doris L. Garraway's research and teaching interests include Francophone Caribbean literature and historiography from the seventeenth to the twentieth centuries, the Haitian Revolution, early modern French cultures, gender and slavery, postcolonial studies, law, and performance. She is the author of The Libertine Colony: Creolization in the Early French Caribbean (Duke UP, 2005; reprint 2008), and editor of Tree of Liberty: Cultural Legacies of the Haitian Revolution in the Atlantic World (University of Virginia Press, 2008). She has published articles on a range of authors including Marie Chauvet, Aimé Césaire, Patrick Chamoiseau, Denis Diderot, Baron La Hontan, Moreau de Saint-Méry, and various early colonial ethnographers and Haitian revolutionaries in venues such as L’Esprit Créateur, Research in African Literatures, The International Journal of Francophone Studies, Callalou, Romanic Review, Eighteenth-Century Studies, Studies on Voltaire and the Eighteenth Century, and in the edited volume The Postcolonial Enlightenment (Oxford UP, 2009). Among her most recent articles draw on her ongoing research on early postrevolutionary Haiti are:  “Black Athena in Haiti: Universal History, Colonization, and the African Origins of Civilization in Postrevolutionary Haitian Writing” in Enlightened Colonialism: Civilization Narratives and Imperial Politics in the Age of Reason, edited by Damien Triocoire (2017); "Print, Publics, and the Scene of Universal Equality in the Kingdom of Henry Christophe,” in a special issue of L’Esprit Créateur 56.1 (Spring 2016) edited by Daniel Désormeaux; and “Empire of Liberty, Kingdom of Civilization: Henry Christophe, Baron de Vastey, and the Paradoxes of Universalism in Postrevolutionary Haiti” in Small Axe16.3 (2012): 1-21. Garraway has been awarded fellowships from Princeton University's Davis Center for Historical Studies, the National Humanities Center, the John Carter Brown Library, and the Schomburg Center for Research in Black Culture, and she was named the Herman and Beulah Pearce Miller Research Professor at Northwestern for 2011 to 2014, and she was a fellow at Northwestern's Kaplan Center for the Humanities for the academic year 2013-14.