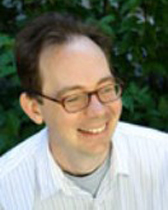 His research and teaching focus on transnational and interdisciplinary approaches to literary modernisms, especially the interactions between Euro-American and East Asian aesthetic theory, avant-gardes, and media. He co-directs the graduate cluster Global Avant-garde and Modernist Studies at Northwestern and is Co-Editor of the journal Modernism/modernity including its Print Plus platform.

Past honors include a Fulbright research grant, the Bernheimer Memorial Prize for Outstanding Dissertation in Comparative Literature, the Cotsen-Behrman Fellowship in the Princeton Society of Fellows, the Aldo and Jeanne Scaglione Prize for a Translation of a Literary Work, and a Mellon New Directions Fellowship.

He has published in such edited volumes as A New Vocabulary for Global Modernism (Columbia, 2016), Ezra Pound in the Present (Bloomsbury, 2016), The Modernist World (Routledge, 2015), Modernism and Theory: A Handbook of Modernist Studies (Blackwell, 2013), and Drawing from Life (Mississippi, 2013). Previous publications include Ideographic Modernism: China, Writing, Media (Oxford, 2010); articles in such journals as Comparative Literature, Comparative Literature Studies, and Representations; and a collaborative translation and critical edition of Victor Segalen's Stèles (Wesleyan, 2007). His currently completing The Floating World: Modernism’s Japan for Columbia University Press.

He teaches a range of undergraduate and graduate courses, primarily focused on modernist literatures of the early twentieth century, the historical avant-gardes, and critical theory, including "The Avant-gardes in the World,” “Time, History, Media: Chris Marker," “The Surreal World," "Bergsonism and Global Modernism," and "French Hegel."
Back to top