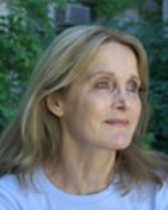 Jane Bradley Winston (Ph.D. Duke University, 1993) is an Associate Professor of French and Gender Studies, former Chair of the Department of French and Italian and former director of the Program in Gender Studies. Her main research and teaching interests are contemporary literature and theory, with emphasis on the Marxist critical tradition, gender studies, Marguerite Duras, Guy Debord, the International Situationists, orientalism, and utopian narrative and practice. Professor Winston’s publications include Postcolonial Duras: Cultural Memory in Postwar France (Palgrave 2001) and Of Vietnam: Identities in Dialogue (Palgrave 2001), co-edited with Leakthina Chau-Peck Ollier. She has published on Duras, Linda Lê, Dionys Mascolo, Robert Antelme, and the larger rue Saint-Benoît group, and on gender, sexuality and the modern French novel in various edited volumes and print venues including New Literary History and Theatre Journal. Her article “Duras, Marxism, and Feminism” won the Gerald Kahan Award, which honors the best essay published in theatre studies for any given year. She is currently completing a manuscript on Debord in the aim of contributing to our understanding of his thought and practice, the social and political function of culture, and the possibilities of resistance at our social and historical juncture.