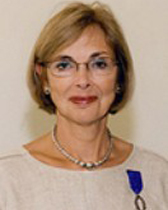 Janine Spencer, Distinguished Senior Lecturer, was previously the Assistant Chair for the French program of the Department of French and Italian, and Director of the Multimedia Learning Center. She received her B.A. from the University of Nebraska-Lincoln and her Ph.D. in French language and literature from Northwestern University. Her areas of interest include media production for culture and language learning, Internet-delivered multimedia language learning and testing, foreign language pedagogy and alternate models of instruction.

Over the past ten years, she has received several significant grants from government and philanthropic organizations to fund her research projects. The French Government awarded her and colleague Claude Tournier a grant to create an online pedagogical resource for teachers of French. She was the principal investigator of an Andrew W. Mellon Foundation study on the effectiveness of the use of technology in language teaching. She was the primary investigator of two National Endowment for the Humanities projects to produce a documentary film and a digital archive on the historical Picpus cemetery in Paris. She received additional funding from the Florence Gould Foundation and the Northwestern Alumnae Association to support these projects. The film and archive created in collaboration with Harlan Wallach and in partnership with the WCAS Multimedia Learning Center, examine events that took place within one Parisian city block during two periods: the Reign of Terror and the Vichy government, from the perspective of "Lieux de Mémoire".

In 2006, Janine Spencer was awarded by the French government the rank of chevalier in l'Ordre des Palmes Académiques