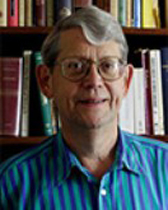 William Paden, Professor Emeritus of French, Ph.D. in Comparative Literature, Yale. His interests include medieval literature in its historical context, particularly the troubadours and medieval poetry of France, Italy, and Spain. Books: edition, translation and study of Two Medieval Occitan Toll Registers from Tarascon, forthcoming in 2016; with the late Mario Trovato, edition of a 13th-century philosophical treatise in Latin, Guillelmus de Aragonia, De Nobilitate Animi, 2012; with Frances Freeman Paden, a book of English verse translations, Troubadour Poems from the South of France, 2007; An Introduction to Old Occitan, 1998; essay collections on Medieval Lyric: Genres in Historical Context, 2000, The Future of the Middle Ages: Medieval Literature in the 1990s, 1994, and The Voice of the Trobairitz: Perspectives on the Women Troubadours, 1989; edition of The Medieval Pastourelle, 1987; with Tilde Sankovitch and Patricia Stäblein, edition of The Poems of the Troubadour Bertran de Born, 1986. He was awarded a Mellon Emeritus Fellowship, 2011, for a project on "Love and Marriage in the Time of the Troubadours."

Forthcoming articles include a program note on "Il Trovatore and the Troubadours" for a production of Verdi’s opera by the Scottish Opera, Glasgow, and a study of the music of thirteenth-century secular lyric in Galician-Portuguese. Recent articles include one on a newly discovered Occitan prayer against the Black Death and its tradition in Italy, France, and Catalonia, 2014; a study of contemporary troubadour studies in Italy, 2013; and several contributions in The Princeton Encyclopedia of Poetry and Poetics, 4th ed., 2012.

He has delivered papers in recent years at meetings of the Association Internationale d'Etudes Occitanes in Vienna, Messina, Bordeaux, and Lleida; at meetings of other associations in Limoges, London, and Hautefort; and at the International Congress on Medieval Studies (Western Michigan University), the University of North Texas, and the University of New Mexico. He has received two Fellowships from the NEH, and directed an NEH Institute on medieval lyric poetry. He has served on the editorial boards of Exemplaria, PMLA, and Romance Philology, and is currently on the boards of Rialto: Repertorio informatizzato dell’antica letteratura trobadorica e occitana (Italy); Mot so razo (Spain); and Tenso, published by the American society for troubadour studies, the Société Guilhem IX, which he has served as Vice-President and President. He is a Chevalier dans l'Ordre des Palmes Académiques.