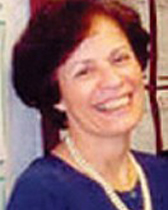 Michal Peled Ginsburg, Ph.D. Yale, is Professor of French and Comparative Literature. Her research interests include the nineteenth-century novel, especially in France, England, and the US; Israeli fiction; critical theory, psychoanalysis, and narrative theory.

She is the author of Flaubert Writing: A Study in Narrative Strategies (Stanford University Press, 1986), Economies of Change: Form and Transformation in the Nineteenth-Century Novel (Stanford UP, 1996), Shattered Vessels: Memory, Identity, and Creation in the Work of David Shahar (with Moshe Ron; SUNY Press 2004; Hebrew version Hakibbutz Hameuhad, 2004), Portrait Stories (Fordham UP 2015) and the editor of Approaches to Teaching Balzac's Old Goriot (MLA, 2000). She is currently working on a volume in the MLA Approaches to Teaching series on Victor Hugo's Les Misérables.

She has recently delivered papers on “Characters and Character Networks in Hugo’s Les Misérables.” DHCS conference, University of Chicago, Nov. 2015; “Spreading Sensations in Maupassant.” Nineteenth-Century French Studies conference, Princeton University, Nov. 2015; “Towards a Geography of Les Misérables.” Nineteenth-Century French Studies conference, University of Richmond, Richmond, Virginia, October 2013. She has also delivered a lecture on Flaubert and Ensor at the Art Institute of Chicago and several lectures on Proust at the Evanston Public Library.

Ginsburg is a past Fellow of the Wissenschaftskolleg in Berlin; she is a former chair of the Department of French and Italian, a former director of the Program in Comparative Literary Studies as well as the founder and past co-director of the French Interdisciplinary Group (FIG). She served as President of the International Society for the Study of Narrative, member and chair of the MLA Division on Comparative Studies in Romanticism and the 19th century, member of the Executive Committee of the NCFS conference.