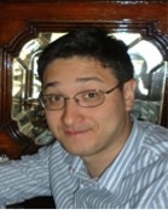 Brian McLoughlin is currently pursuing a doctorate degree in French and Francophone Studies at Northwestern University. His research interests are Francophone Caribbean literature, as well as the role of language in identity-building and the interaction between art and literature. He has published articles on language in Simone Schwarz-Bart and Dany Laferrière in MaComère, and on Jean-Michel Basquiat in Caribbean InTransit. He has also contributed a chapter entitled "Foreignness in language, foreignness of language" on the role of language in Dany Laferrière's first novel How to Make Love to a Negro Without Getting Tired (1985) to Francophone Cultures and Geographies of Identity edited by Zsuzsanna Fagyal and H. Adlai Murdoch (forthcoming). As well as a chapter "America Seen through the Eyes of the North, with the Soul of the South" on Laurent Cantet' film Vers le sud (2005) and Dany Laferrière's 2006 novel of the same name in Metropolitan Mosaics and Melting-Pots: Paris and Montreal in Francophone Literatures (2013) edited by Pascale de Souza and H. Adlai Murdoch.