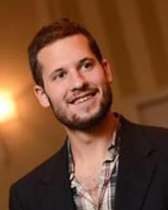 Colin Jackson is a graduate student in the department of French & Italian. He began his undergraduate career as a neuroscience major at MIT, left to pursue studies in classical piano, and then rekindled his love for French at Temple University, where he completed his B.A. in 2012. As a senior, he spent two semesters in France, studying at the Sorbonne in Paris and at the Université Paul Cézanne Aix-Marseille III in Aix-en-Provence. He was a fellow in NU's Paris Program in Critical Theory in 2016-17 and is currently undertaking dissertation research in Paris. His interests include classical music and French opera, gender and sexuality studies, and theories of affect as applied to literary depictions of music.