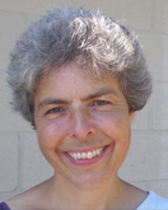 Christiane Rey, Professor of Instruction in French, was born and educated in Belgium. She holds a Juris Doctor from the University of Liège, Belgium, and a M.A. from Northeastern Illinois University. She teaches courses at the 100, 200 and 300 level. Her primary interests lie with the pedagogy of second-language writing, the integration of the arts in second language acquisition, and curriculum development. She is a regular participant in the Table Française, and the Cercle Francophone.
Rey is a co-author of Flipped French, a courseware for second-year French, with her colleagues Aude Raymond and Patricia Scarampi and the technical collaboration of MADSudio. They received two Provost Digital Project grants as well as Hewlett grants to work on this project.Rey was Director of Undergraduate Studies for French and a member of the Faculty Senate, representing the Department of French and Italian. She is a member of the Council on Language Instruction (CLI) and a member of the Modern Language Association (MLA).

She has presented on topics related to Second Language Acquisition, and in particular writing, at conventions in the United States and abroad. With her colleagues Doris Garraway and Dominique Licops, she organized the film series Haïti on Screen in May 2010 in response to the January 2010 earthquake.Interested in music and the arts, she is also actively involved in prairie restoration and activism regarding climate change. Rey and her husband homeschooled their two daughters.