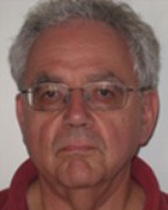 Samuel Weber is Avalon Foundation Professor of Humanities at Northwestern, Co-Director of the Program in Comparative Literary Studies and Director of Northwestern's Paris Program in Critical Theory. He studied with Paul de Man and Theodor W. Adorno, whom he also translated. He taught at the Free University of Berlin, Johns Hopkins, and UCLA before coming to Northwestern in 2001. He has published books on Balzac, Freud, Lacan, and articles on Derrida, whom he also has translated. In addition to his academic activities, he worked for many years in Germany as a "dramaturg," contributing to productions of plays and operas. Out of this experience came the book, Theatricality as Medium (2005). In the spring of 2008 he will publish a book on Walter Benjamin, Benjamin's -abilities (Harvard UP). At Northwestern he is an active member of the French Interdisciplinary Group (FIG).