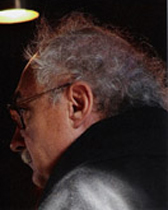 Edward Muir (PhD Rutgers, 1975) is the Clarence L. Ver Steeg Professor in the Arts and Sciences and the Charles Deering McCormick Professor of Teaching Excellence. He works in Italian social and cultural history, especially during the Renaissance. Besides receiving Guggenheim and NEH fellowships, he has been a fellow at the Harvard University Center for Italian Renaissance Studies at Villa I Tatti, the Institute for Advanced Study, the National Humanities Center, and the Center for Advanced Study in the Behavioral Sciences. He has edited three volumes of translated essays from the prominent Italian historical journal, Quaderni Storici, is the editor of the "I Tatti Studies in Italian Renaissance History" (Harvard University Press), a general editor of the book series "Early Modern History: Culture and Society" (Palgrave-Macmillan), and has served on the Board of Editors of The American Historical Review and The Journal of Interdisciplinary History. He is the author of Civic Ritual in Renaissance Venice, which won the Adams and Marraro Prizes, Mad Blood Stirring: Vendetta in Renaissance Italy, which also won the Marraro Prize, Ritual in Early Modern Europe, and The Culture Wars of the Late Renaissance: Skeptics, Libertines, and Opera. He is the coauthor of the textbook,The West: Encounters and Transformations.